When I was studying yoga a bit deeper some five years ago, my teacher at times spoke about The dark night of the soul. It was an expression used for the days and nights when the inner work, seeking and whatever comes up gets so dark you think it will never light up again. When everything feels meaningless, depressing, hard and without any hope.
The dark night of the soul. It sounds rather beautiful in some way.

This is how Eckhart Tolle explains it:

It is a term used to describe what one could call a collapse of a perceived meaning in life…an eruption into your life of a deep sense of meaninglessness.  The inner state in some cases is very close to what is conventionally called depression.

Anyways, the past week or so it has felt like the winter in southern Sweden has gone through the Dark night of the soul. It has been so dark for so many hours and I have had a hard time coping with it. Yesterday I wanted to go to bed by 5 pm just to be able to wake up again when it was daylight the next day. The nights have felt extremely long.

I have spoken to people who have been complaining over lack of energy, having doubts about this and that in life and that old trash has surfaced again in their mind. All of this reminded me about another thing we spoke about a lot in those intense yoga classes and courses I took: the natural rythm of life.
In our modern world we tend to forget that we as humans have a natural cycle that we follow whether we like it or not. For us living in countries where we have seasons, our bodies and minds usually follow the seasons.

In spring we often fall in love, want to grow and create and feel how life and energy comes back.

In summer we often like to nourish our bodies, relationships and minds. (as the farmers wanter and nourish the plants).

In fall we start to harvest the things we have been working on earlier in the year, we stack up on food and often like to gather with friends.

In winter we like to slow down, rest more and our thoughts become more introspective.

Simply put: We become more thoughtful and tend to look more inwards and like to reflect on life and who we are during winter. It’s part of our natural cycle and something we can embrace rather than run away from.

The world of 2016 provides a lot of things and activities to escape from all kind of introspection and deeper thinking. It is up to us to dare and allow ourselves to slow down and look inward for a moment or two.

Who knows what is on the other side of that Dark night? 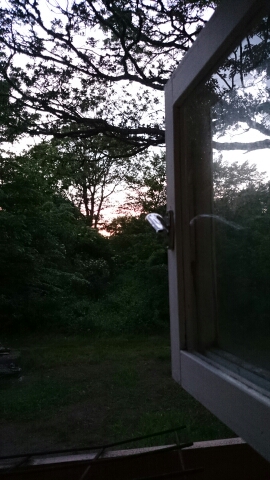 Yesterday was Midsummer Eve, and a lot of Swedes celebrated the light, life and summer.
In the night, after dinner, Anders pampered me with a pillow, blanket, great coffee and chocolate when we sat outside in the shade.

Ready for a swim

It was one of those moments when it becomes so clear how valuable those small things are, and how useless it is to live in either the past or the future. 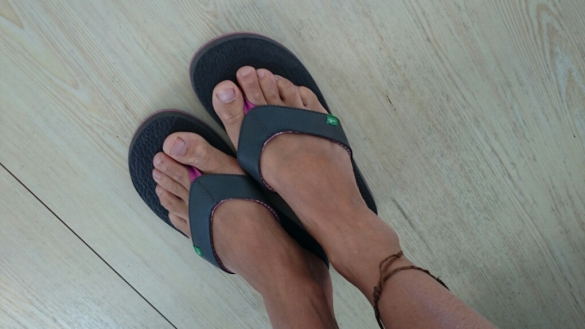 On Monday I start working at the radio station in Kristianstad again, eight weeks of summer job. And now I have also signed to continue working throughout January next year. Goodness, we haven’t planned this long ahead for ages. But now it’s time, and of course I have had thoughts of “where and when will I find a place to live during work weeks?”, “how will it be to work full time?”, “what will my weeks look like?”. 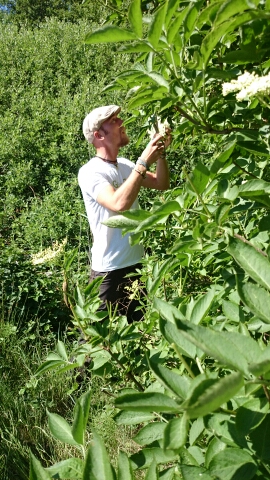 Last night, in the bright summer night under a blanket and with peace inside, I just understood how useless those thoughts are. There are certain things I can do to prepare, but most of “what will it be like…”, is still to experience. There’s no use to think too much about it, because in a few months I will know from experience. 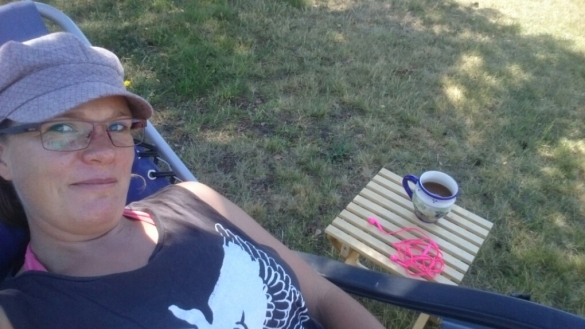 Chillaxing in the shade

All my life I’ve been wondering what it’s like to have glasses. Now I know, since I’ve got my first pair and have started to practice wearing them. And I guess I could never have imagined it being like it is. So why spend time on it before it’s even happened?

I feel a lot more good looking than the pictures turn out!

That’s it for now. It’s a wonderful summer day and I am busy enjoying it!
Lots of love and sunshine,
Wivan

One of my favorite scenes from the animated movie Big Hero 6, is when one of the main characters, Hiro, is swirled and shaken around on the shoulders of his elder brother in an attempt to “shake things up” and “look for a new angle” to solving a problem. Sometimes doing something totally different than sitting at a desk and ‘solving the problem’ is the perfect thing to do. 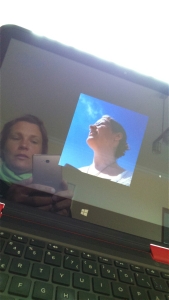 Earlier today I had a Skype call with a good friend and Master Mind colleague, Helena, who’s an expert at looking at things from different angles and helping others to see new perspectives. We were going to talk about how we can help each other with a couple of different projects and what actually needs to be done. That was my angle. And when we finished, Helena had helped me see a totally different perspective, and things got so much clearer in my head. (and new questions had started to form too ;-)).

This is also where Helena is a master at “holding a space” for others to be in, in this case me. Because I felt a little lost and ashamed – I “should” know what I’m doing, right!? And I “should” just get it done. But something has held me back and by listening behind my words, Helena helped me see another angle and to actually bring clarity to some thoughts I’ve had over the past few days. 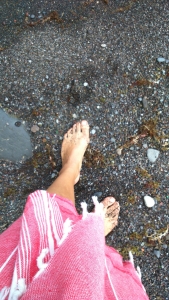 A swim is a great way to change perspective for me

Being held in a space of love means that I can be me, full out, without feeling like I have to guard my human experience. 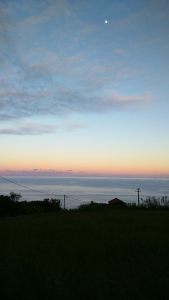 Tonight I also got to see the physical world from a new perspective. The place I had thought of visiting was “taken” by someone else, so I looked for a new place around the corner. 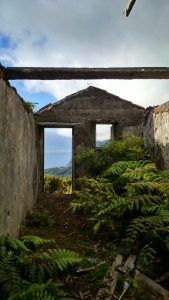 Who would have known… 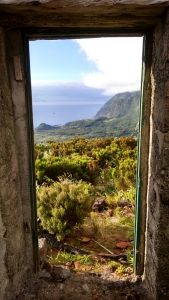 … this old house had such a great view! 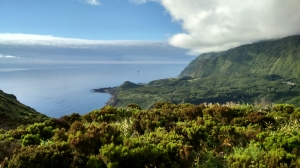 How can I be sitting in the sofa with no rush to the next thing in my schedule and still feel stress rising up inside just by recieving some messages on the phone? They say nothing that affects the next couple of hours, nothing that causes problems and aren’t things to take care of. It’s just some nice invitations for dinner and requests for a cup of coffee before we move to Spain in the beginning of November. 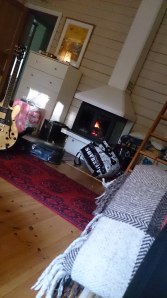 View from the sofa, with the fireplace and all

How come there’s stress moving around inside at the same time as the fire place heats up the room and the sun is shining outside?

Because our thoughts can drift off so quickly, leaving the body and creating stories around things in the future or the past. So my thinking in the moment creates stress at this time, wheras another time I can be busy as a bee doing a ton of things and yet feel totally calm on the inside – when my thinking is calm.

So, for a moment I let my thoughts drift off, creating stories around what those invitations mean, how we’ll be extremely busy with meeting friends and family at the same time as we need to/want to get our packing and cleaning around the house done.

That’s a story I am telling myself. There’s nothing real in it until I make it real by believing every part of it, seeing and feeling the stress and “problems” before it’s even happened.

It’s funny how much of our time we spend creating stories of what life is like and what things mean or don’t mean. We make the whole thing up as we go of what is important and what we trust as real. I know this, and yet I can feel stress in the moment sitting in the sofa. And I also know that my thinking will keep changing, from time to time. So I just accept what I think and what I feel, trusting the ever changing in and of life.

Anders and Wivan-Kristina, both 39 years old.

Since selling our house in Sweden and leaving our jobs in November 2014 we’ve been traveling, house sitting and exploring the world in different ways. At the moment we are located in Sweden, and expect our first child in February 2018.

By sharing parts of our journey we also share insights about life, people and places. We hope that our story and experiences might inspire others to find out what their dreams are and start acting upon them.